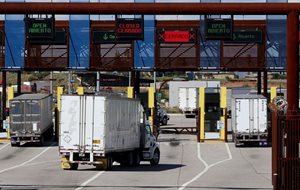 The Arizona Department of Transportation (ADOT) has increased weight limits between Nogales and Tucson from 80,000 lbs. to 83,000 lbs. In addition to the efficiency of expanded lanes at the Mariposa Port, the increased weight allowance will allow more companies to utilize the facilities in the Tucson region and increase commerce-related efficiencies. (Photo: www.mexico-now.com)

The Hispanic community in Arizona has experienced tremendous growth allowing the state to be identified as one of the fastest growing states in the nation during the last decade. Hispanics represent over a third of the total population and almost two million people. The Tucson area contains 470,000 Hispanics, making up 39% of the population. The largest percentage of the region’s Hispanics are under 17 years old which means the percentage of Hispanics overall in the Tucson region will continue to grow. The workforce throughout the region is diverse and contains many bilingual speakers, a competitive advantage for companies seeking language skills. (Source: Hispanic Market Outlook, Hispanic Chamber of Commerce, 2019)

Sonora ranks 4th nationally (Mexico) for the number of students enrolling for higher education each year. There are 44 universities, 14 technological institutes, and 83 technical schools throughout Sonora. There are a great variety of majors in business and engineering offered at these facilities (there are 47 different engineering routes). The main institution of higher education is the University of Sonora, and there are two campuses of the ITESM (Monterrey Institute of Technology). The quality of education is above the national average—Sonora allocates more than 50% of its budget to education.

Companies can effortlessly locate authorized recruits trained in international quality control systems, as well as being bilingual (English and Spanish). The skilled workforce with a median age of 23 is extremely beneficial to investors. 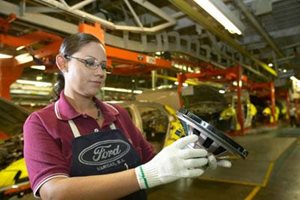 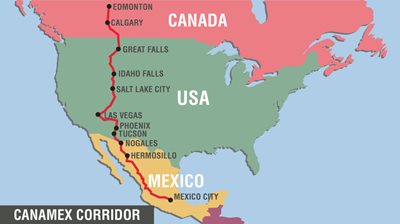 The CANAMEX Trade Corridor Project provides a unique and distinctive economic opportunity for Tucson and for the State of Arizona. The purpose of the project is to maximize the free trade opportunities between Mexico, Canada and the United States by developing the corridor’s physical and technological infrastructure from Nogales to Tucson via I–19, Tucson to Phoenix via I–10, then north through Nevada, Utah, Idaho, and Montana to the Canadian Border.