The four-county area comprising Southern Arizona has a total population of 1,575,666 and has grown by an average of 2.4% per year since 2000. This impressive population growth could not be supported without the creation of jobs, and the employment statistics for the region paint a similar picture. Historically, the job market declines that are realized during periods of recession in the Tucson MSA tend to be mild. During previous decades, employment growth in the Tucson MSA outpaced the nation as a whole by a factor of between 1.6 and 1.8. 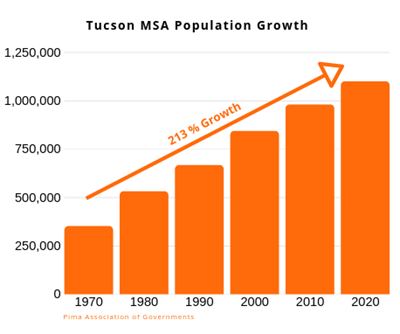 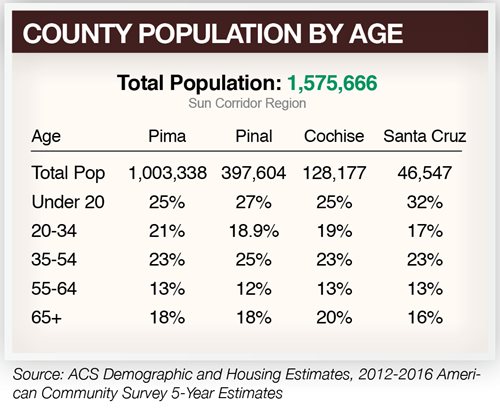 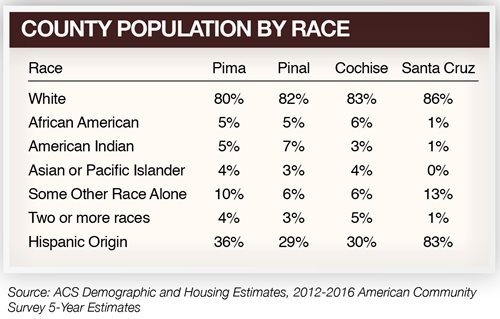 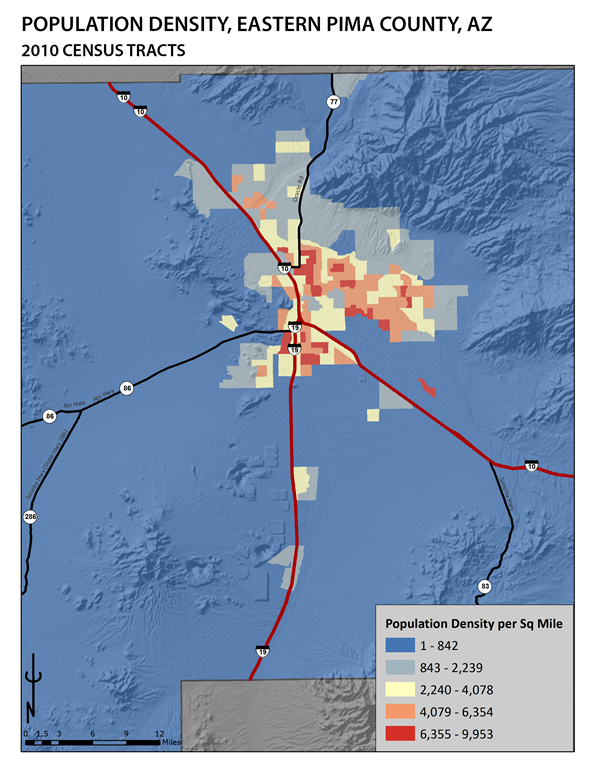